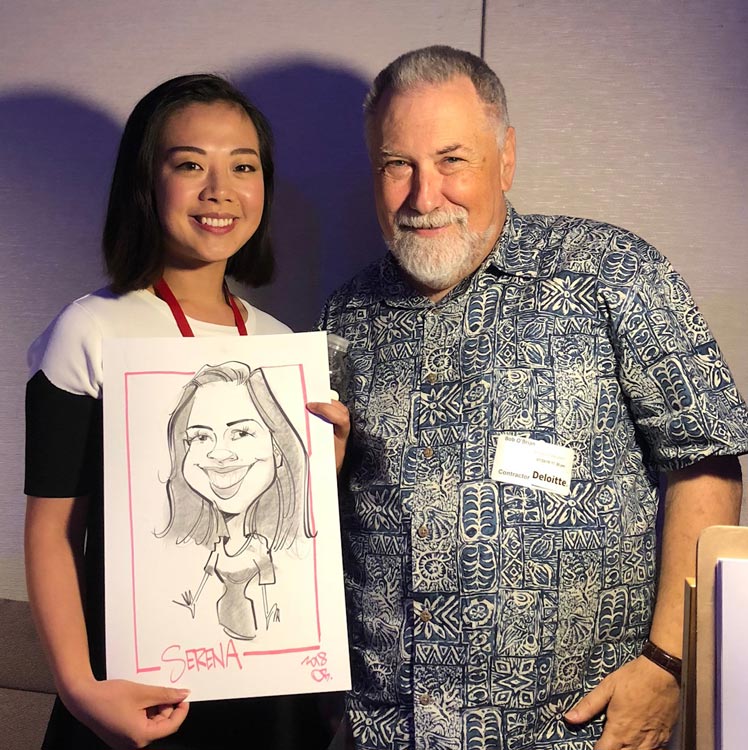 Bob began his career drawing people “live” while going to the Maryland Institute College of Art. It was during the summers that he drew quick sketches of people on the boardwalk in Ocean City Md as a summer job at the Face Place. After college Bob traveled extensively; drawing people in different cities across the States and Canada. Including the Worlds Fair in Knoxville Tn. Jackson Square New Orleans. Two summers in Alberta Canada, Mystic Ct. And finally settling in Texas where started a caricature and portrait business in one of the more prominent Malls in Houston. Working in many mediums Bob became interested in the possibilities and excitement brought on by the advancements in technology and the drawing tablets being made. After being hired by Samsung to draw on and promote their S Note tablet Bob was bitten by the digital bug. And purchased more high-end equipment that he now uses and has been drawing on for the past two years. Bob now lives and works in the Dallas-Ft Worth area.

Click on the images below to see more of my work!